In August 2018, we showed Racing the King Tide to the island communities to get their feedback and to answer any questions they might have regarding tidal flooding and the various issues raised in the films. Our team also tried to explain to them the concepts of climate change and accelerated sea level rise, and to discuss the international significance of their experiences with tidal flooding, in order to help them better appreciate the uniqueness of their situation.

The audience comprised of a good balance between men and women, children and adults. Discussions were held in the local language mostly centered upon what the community can do to correct existing mal-adaptive practices and to improve/implement more widely adaptation strategies that have been found to be effective and economic. The Islanders were also very keen on what other options they might have, and how they might be able to approach for further support. Overall, the discussions highlighted the breadth of the residents’ knowledge of the risks they are faced with as they continue to live with tidal flooding in their islands and the earnestness of their efforts to remain resilient to the threats of more severe climate impacts. 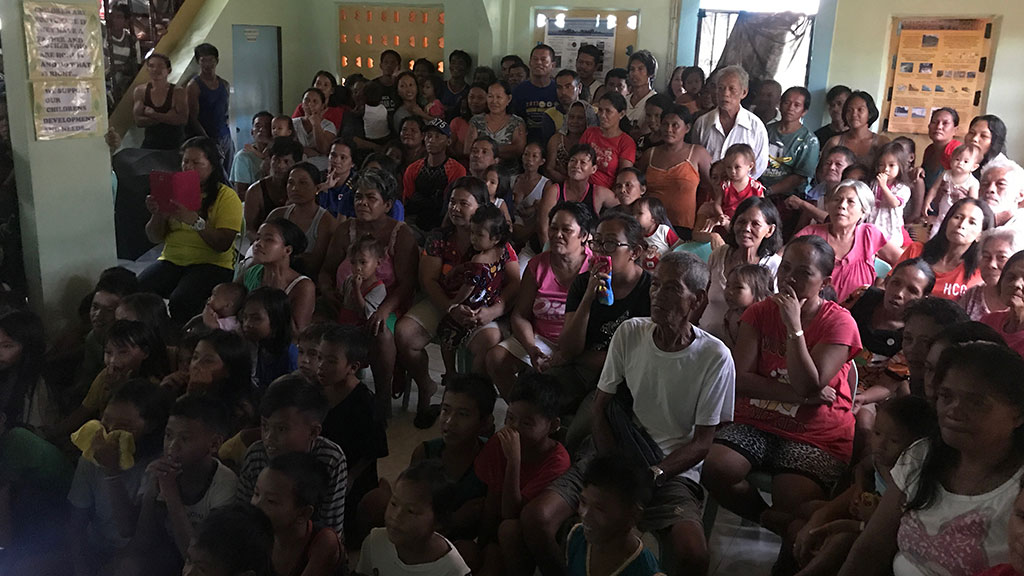 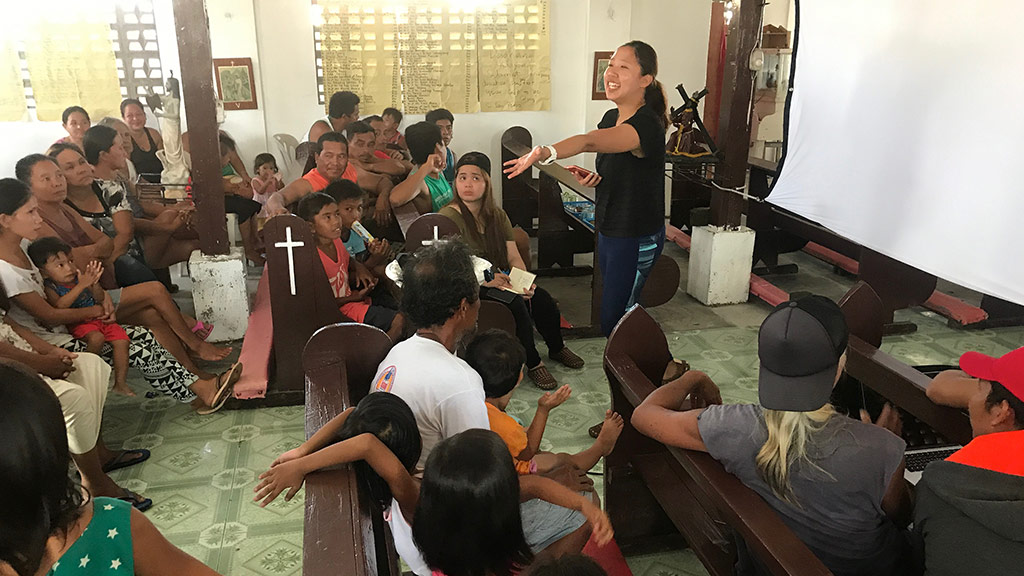 This research was conducted in close partnership with NGOs that, in turn, have been working together with the island communities of Tubigon for many years.

The Zoological Society of London (ZSL) is an international NGO working on the scientific research and conservation of animals and their habitats. In the Philippines in particular, ZSL-Philippines is primarily focused on marine resources, establishing community-based Marine Protected Areas (MPAs) and implementing mangrove rehabilitation projects with their partner communities. Complementing our expertise in climate change adaptation and disaster risk management, ZSL-Philippines has provided us technical assistance in the area of marine biology every time we visit the islands.

We have consistently shared our findings and co-authored several scientific articles with our colleagues from ZSL-Philippines to ensure that what we learn from the islands of Tubigon does not only stop with us. 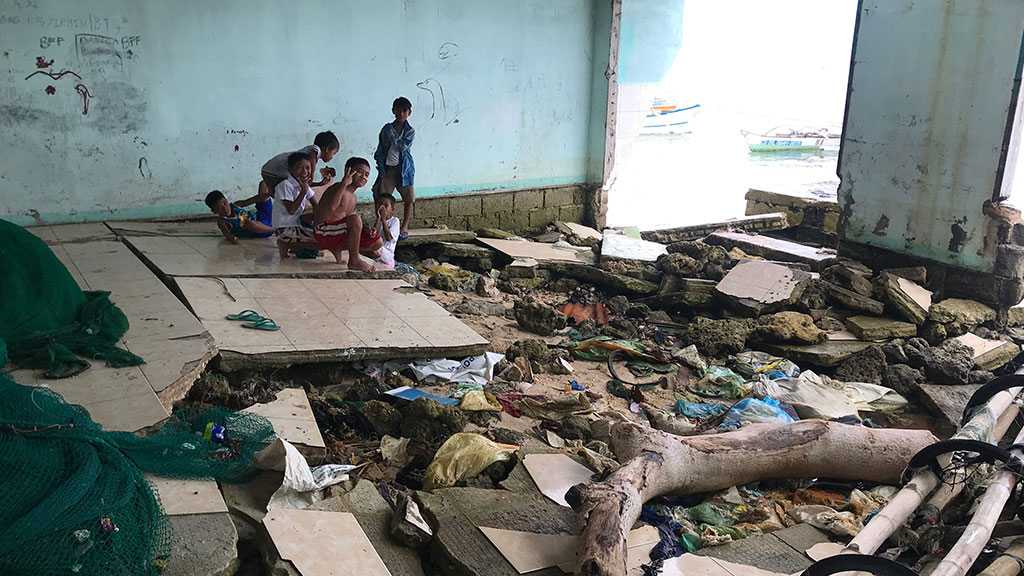 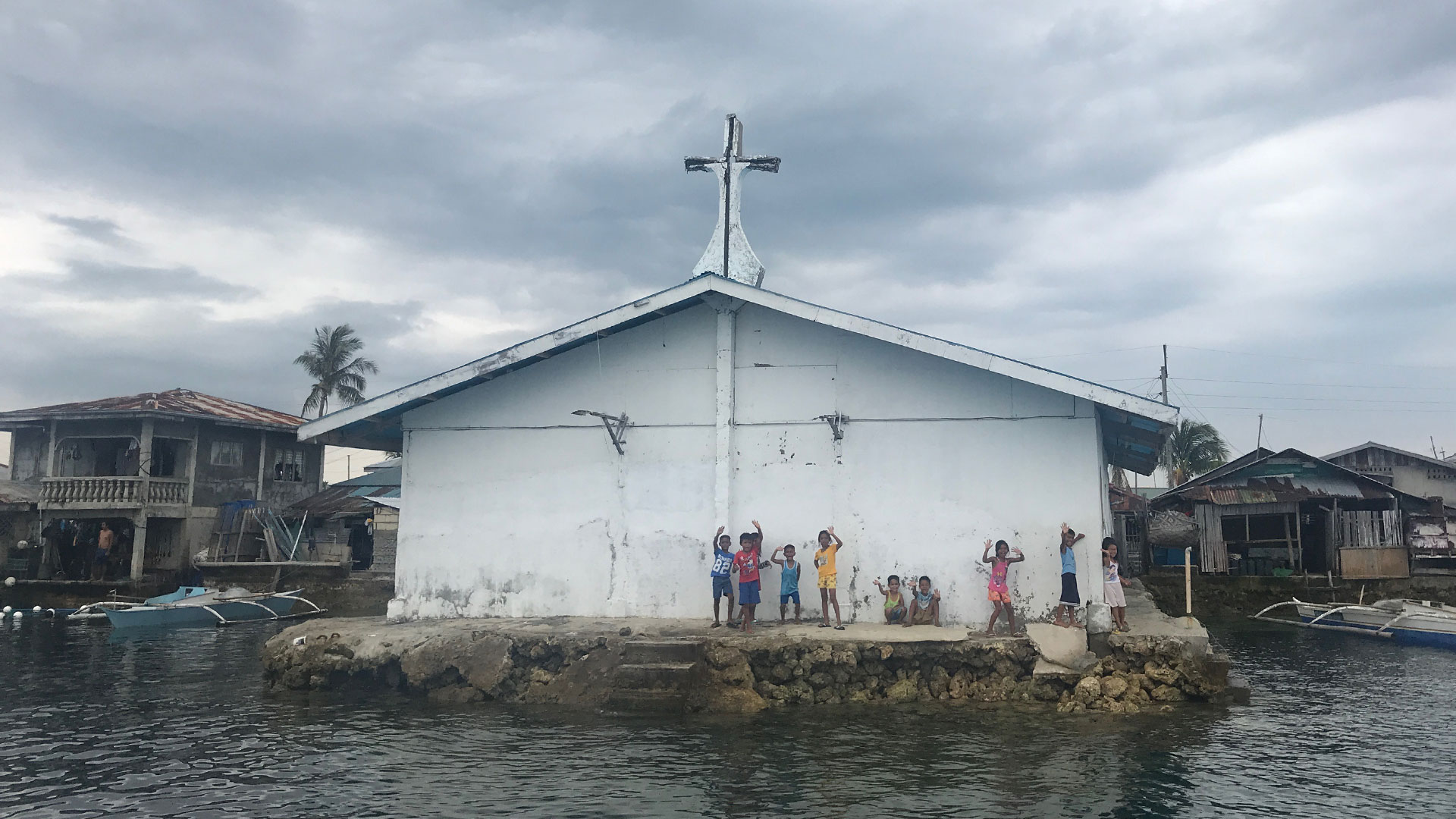 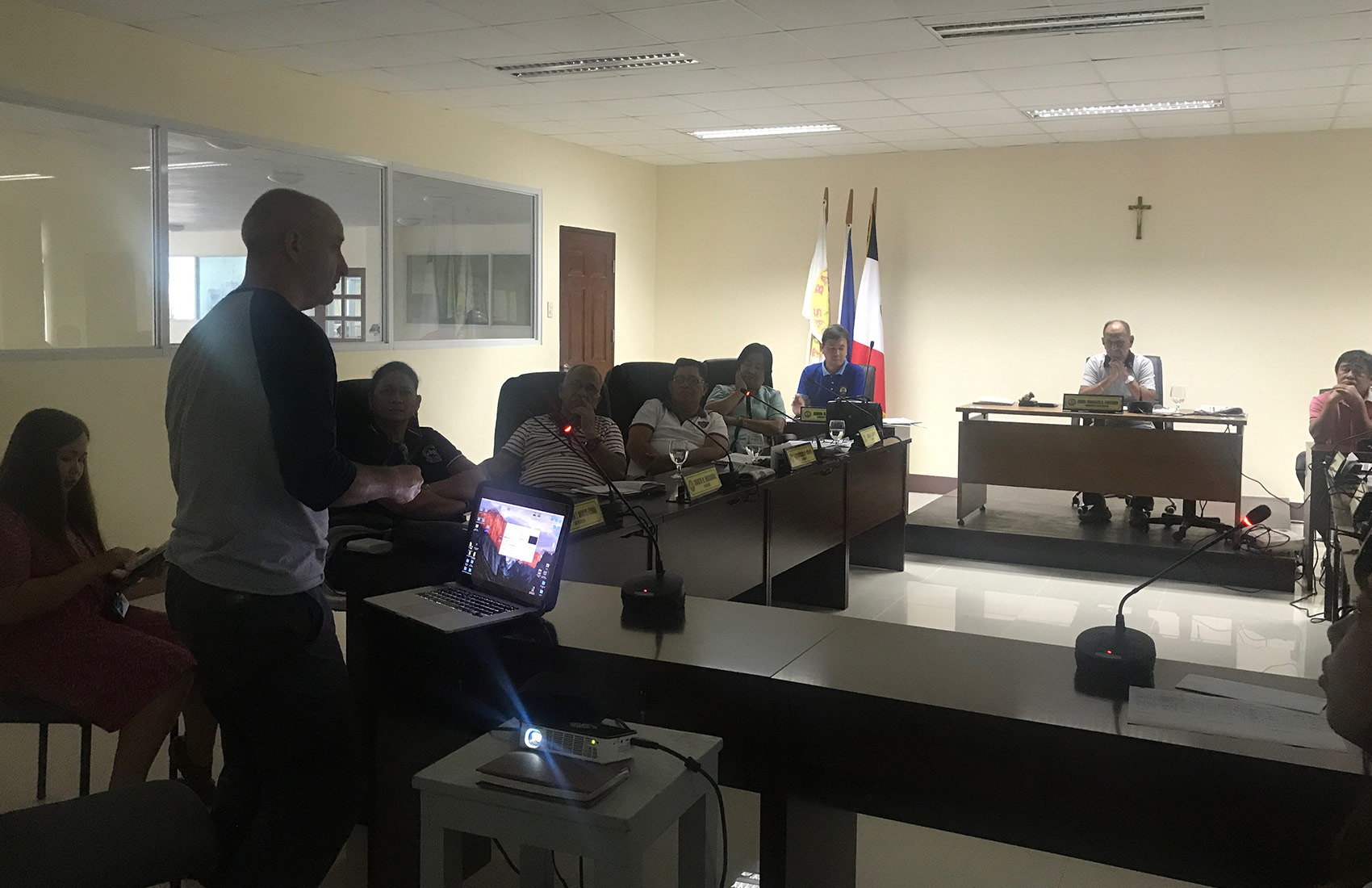 We have maintained open communication with the Municipal Government of Tubigon, particularly with the Office of Planning and Development as well as with the Municipal Council, the local policy-making body. Together, these agencies create the municipality’s development plan, the best tool available for ensuring the incorporation of this research’s findings into existing and new government-funded projects.

A road elevation project has recently been implemented in Pangapasan island with funding from the National Government, which was made possible by the lobbying of the Municipality. 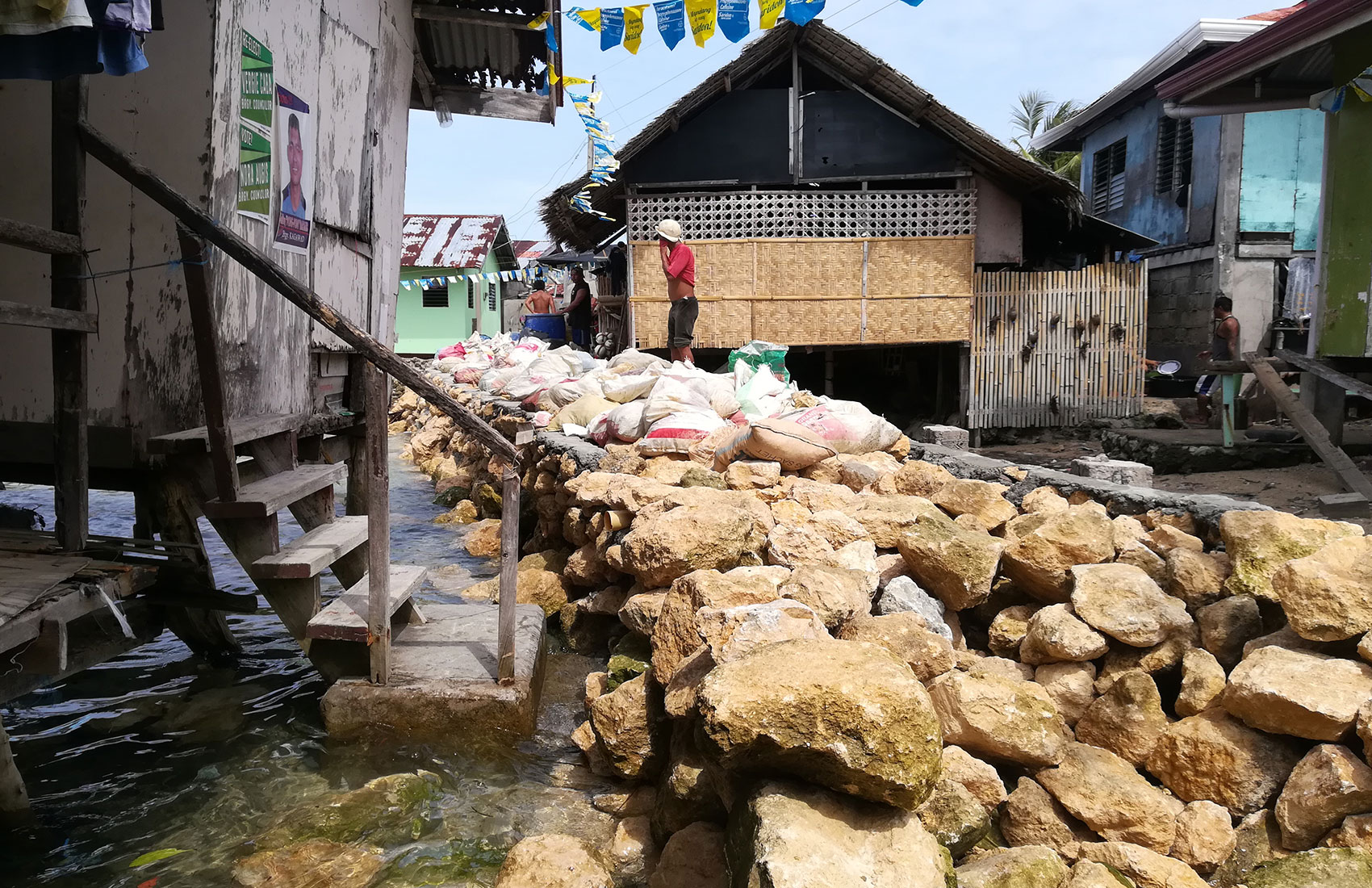 As shown in the picture, the project has refrained from using coral stones in order to curb the impact of coral mining in the area. Instead, the project and other similar new projects in neighboring islands, have now made it a point to use stones that have been sustainably sourced from the mainland instead. This approach came as a result of our team’s discussions with the Municipality and the island communities on possible interventions regarding the problem of tidal flooding. 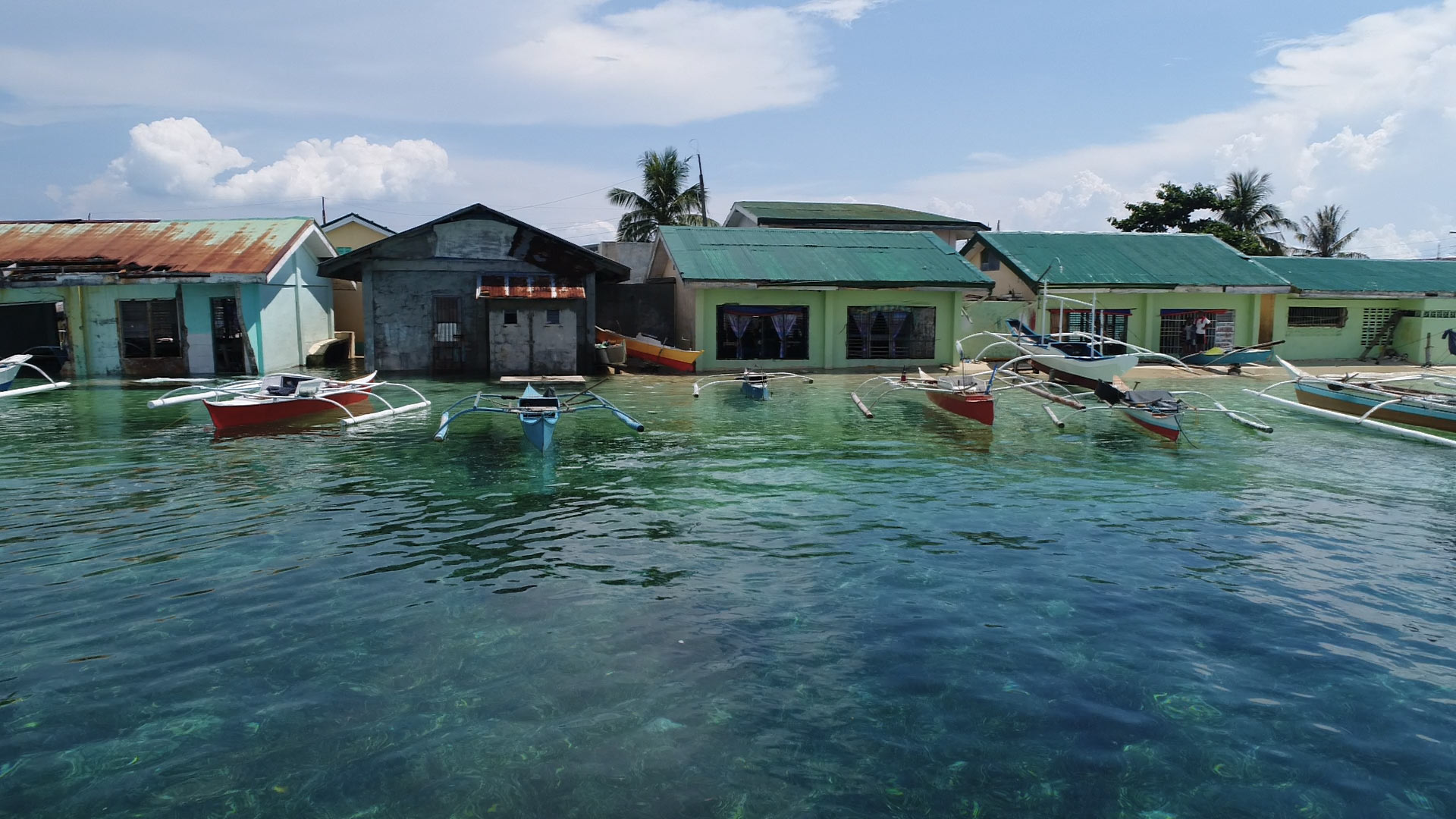 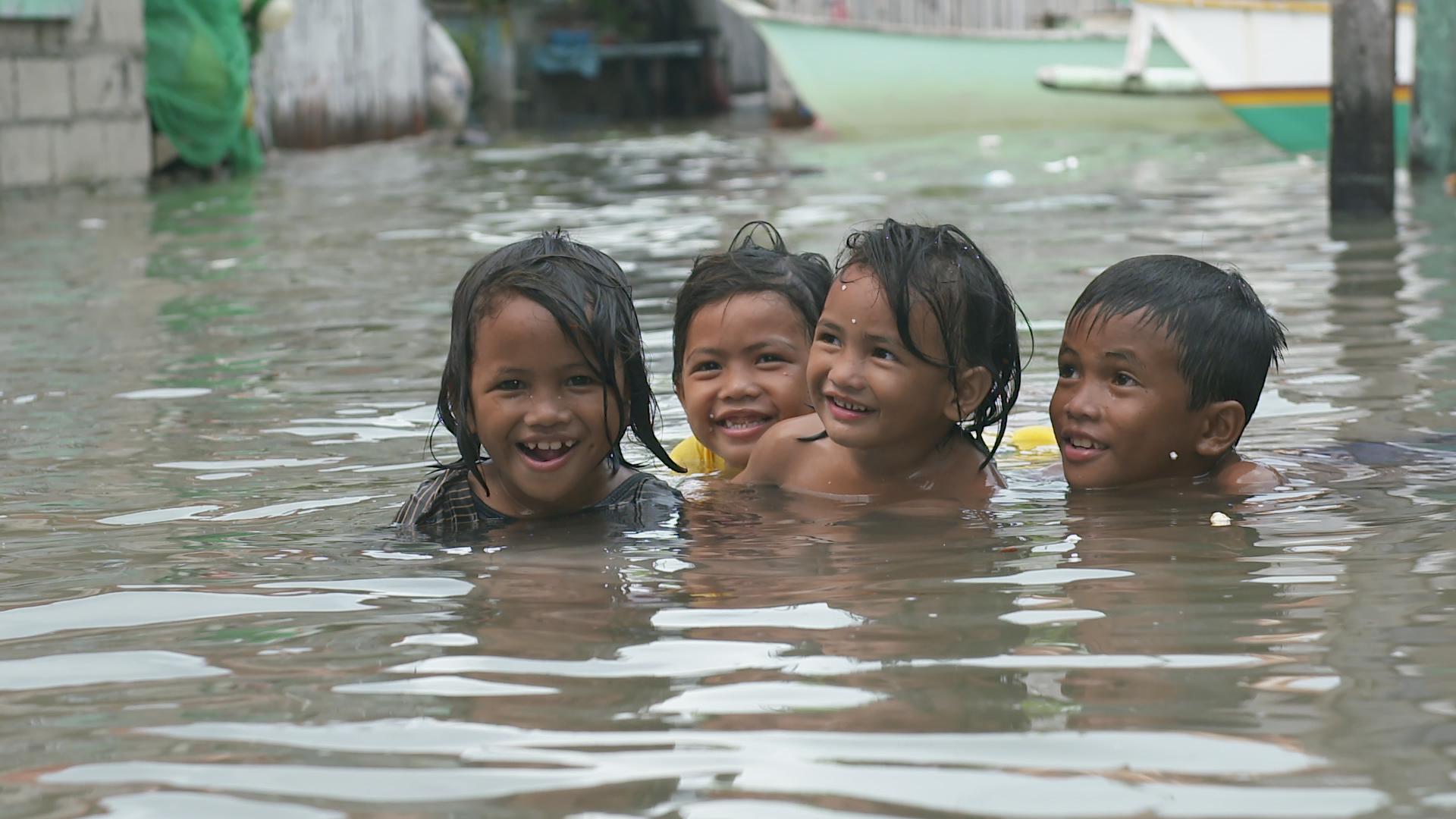 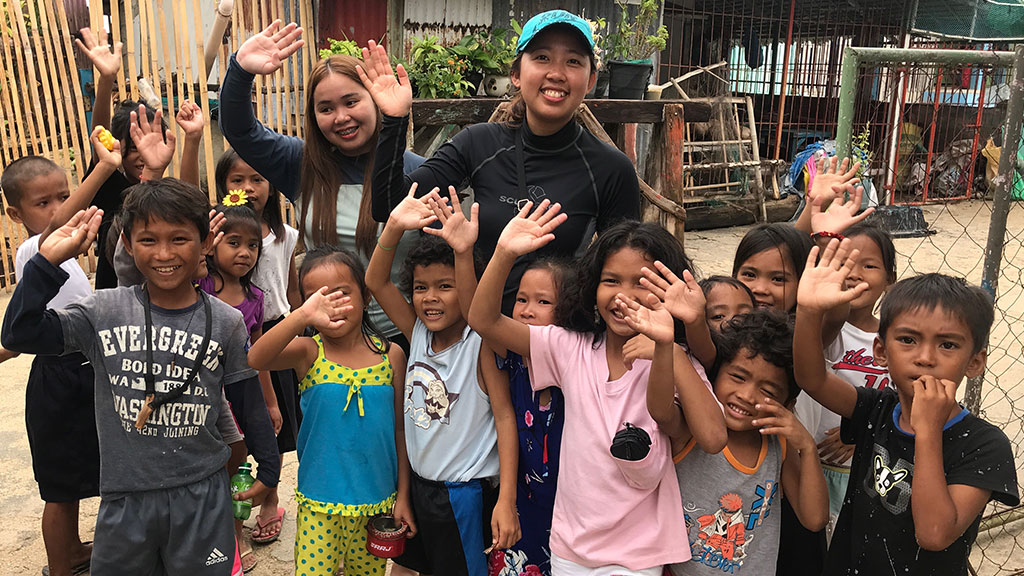 Our team plans to continue visiting the islands each year, around the king tide, to document any changes they might be experiencing in the way they are being impacted or are responding to tidal flooding.

Unfortunately, the situation seems to be getting worse in the islands as residents complain how the height of flooding appears to be increasing each year. For example, while the basketball court, which lies directly outside elementary school classrooms, in Bilangbilangan was spared from the floods in 2016, it has started to become inundated as well when we visited in 2018. 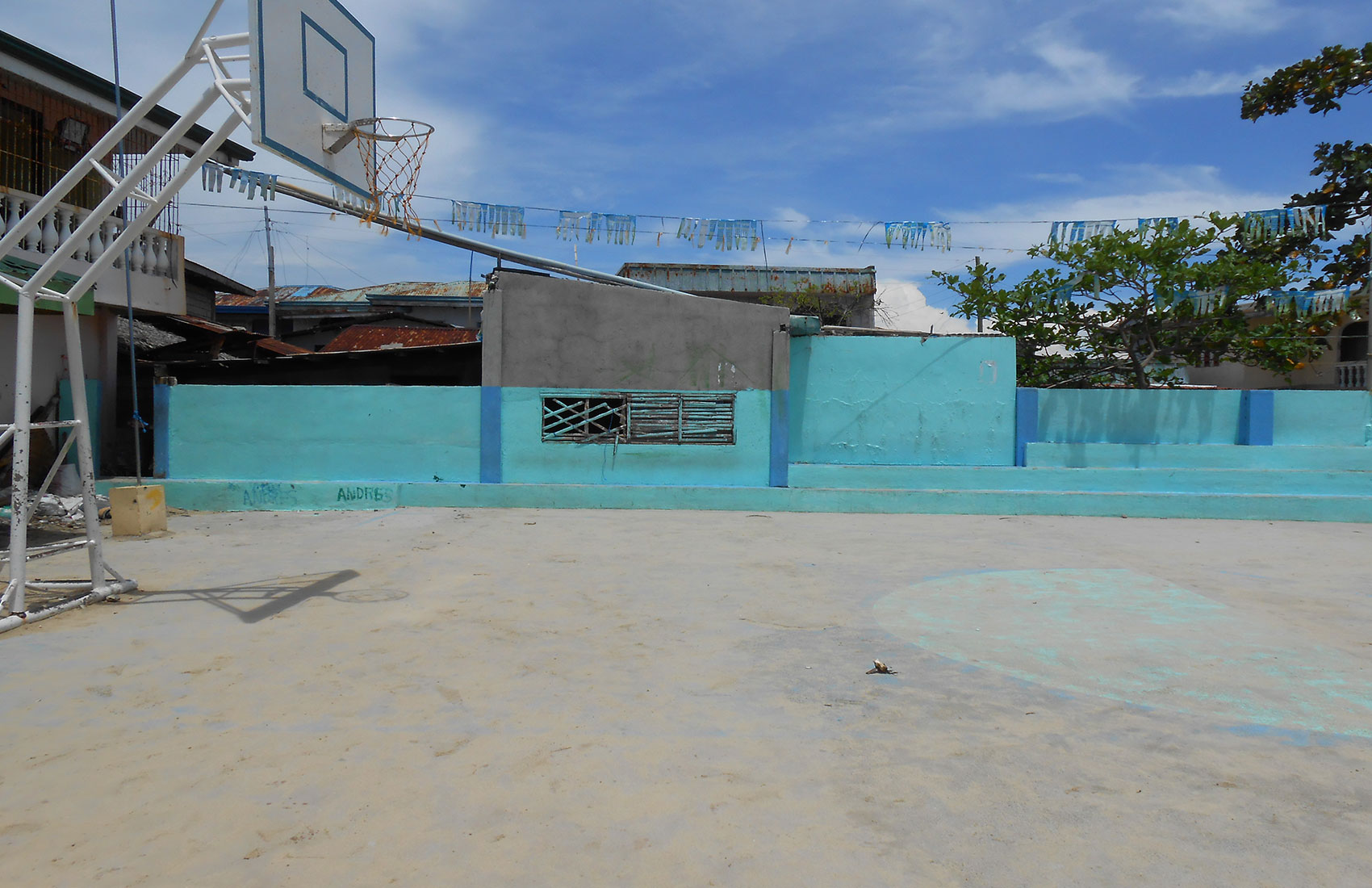 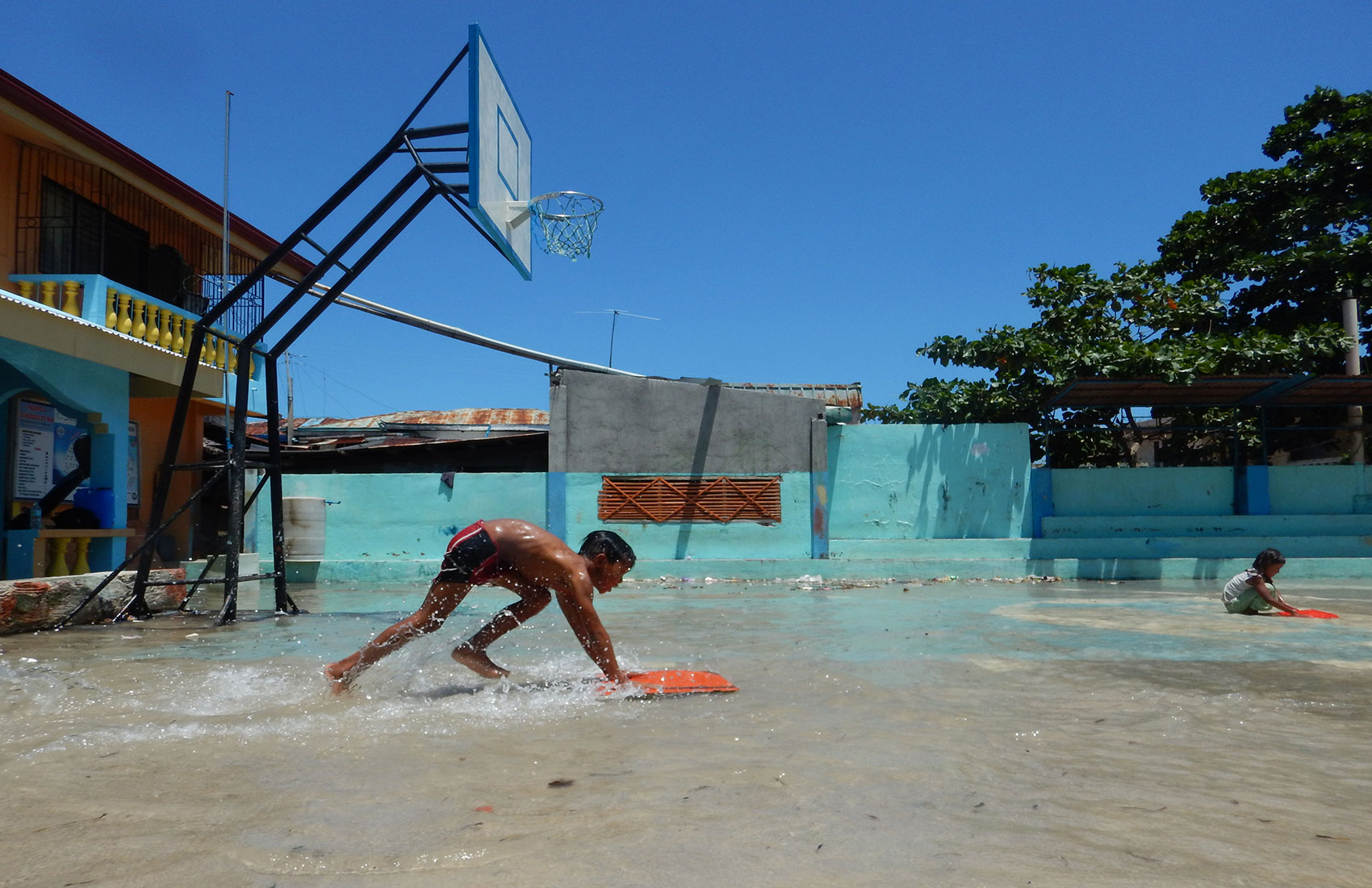 For this reason, our team is also maintaining a close relationship with the Municipal Government. We are planning and applying for external funding for new adaptation countermeasures together, in consultation with the island communities and their local leaders.

Some of the priority projects we have identified include the improvement of the island’s communal toilets to prevent human excreta from mixing into the flood waters and increasing health risks, and the re-designing of classrooms in order to elevate their floors without using coral stones. These projects are specifically aimed at addressing the needs of children, who are especially vulnerable to tidal flooding.

As far as we know, there is still no toilet technology available yet that is specifically designed for an island environment. Thus, the project does not only address the pressing needs of the island communities of Tubigon but also presents an opportunity to find the most suitable technology for locations with similar conditions.

However, funding continues to be a challenge for the municipality and the island communities. Hence, our team is eager to collaborate with international NGOs and funding organisations who may be able to lend support for Tubigon’s adaptation efforts.